Buzzing in New York for years, Troy Ave began catching national attention in 2011 and his buzz has consistently gotten bigger each year. Last year saw Troy Ave come close to reaching breakout success, as he released his debut album all on his own. Many media outlets have credited several New York rappers as a “savior,” but Troy Ave took it on himself.

Troy Ave has watched his career blossom and receive co-signs from all the industry heavyweights over the past couple of years. With his momentum rising, Troy Ave has used this to create a bidding war. Safe to say, with all of this evidence, Troy Ave is the man out of the city of New York.

However, there is one woman who doesn’t agree with all the hype. She recently went on Instagram and left a comment for Worldstar’s page about Troy Ave, making some dangerous claims about him. Not only does she say Troy Ave is only embellishing about his money, she said he gave her HIV. 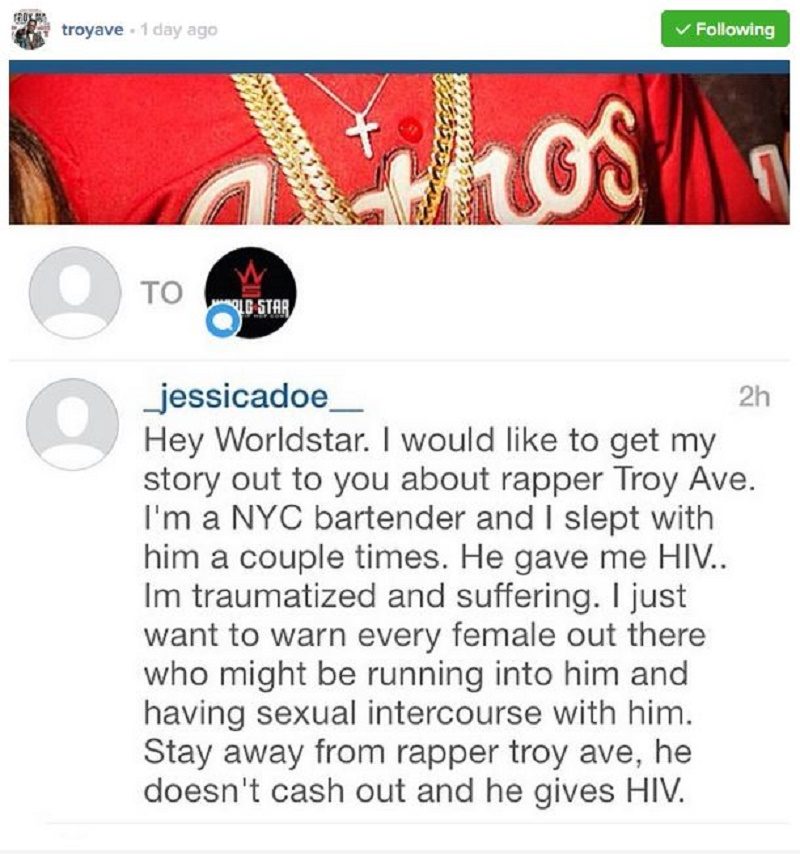