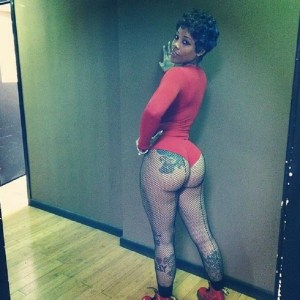 One year ago, Che Mack looked like she would pose a major threat to Joseline Hernandez for Stevie J’s affections. However, Che Mack did not spend much time on “Love & Hip Hop Atlanta,” only appearing in a handful of episodes. Meanwhile, Che Mack twice spoke to Hip Hop Vibe about her time on the show.

Che Mack recently teamed up with Worldstar for a sexy new video. Doing her thing to the instrumental of Kanye West’s “Blood On The Leaves,” Che Mack will leave no head unturned in this video. She was said to be a bit nervous while doing this video, but she could’ve fooled some people, including this one.