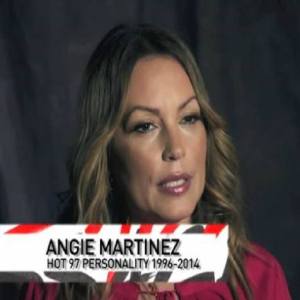 Angie Martinez literally grew up working for Hot 97 and her name is synonymous with the station. She even tried her hand as an emcee, becoming known for such singles as “Mi Amor” with Jay-Z and “If I Could Go” with Lil’ Mo and Sacario. Since then, she has focused more on her radio work.

Outside of all this, Angie Martinez participated in BET’s special, “The Message,” which is dedicated to hip hop. In her segment, Angie Martinez explained her take on hip hop radio when she was coming up. A lot has changed over the years and Angie documented it.

Continue Reading
You may also like...
Related Topics:angie martinez, bet, hot 97, if i could go, jay-z, k. b. tindal, lil' mo sacario, mi amor, power 105.1, the breakfast club, the message