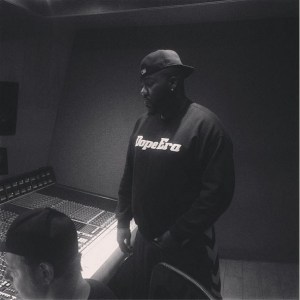 Initial rumors stated DJ Mustard got slapped during his set. During the same time this supposedly happened, YG supposedly got robbed. Mistah F.A.B. was reportedly the one who smacked DJ Mustard and there was a lot of media coverage on the situation.

Recently, a video hit Worldstarhiphop.com and it showed Mistah F.A.B. getting into an altercation near DJ Mustard. While he was not involved, the man who hit F.A.B. was said to be a part of his camp. From the footage shown, Mistah F.A.B. was punched in the face and then began brawling.