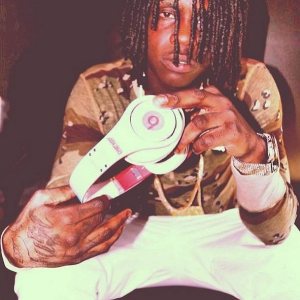 Everybody has a twin is a popular saying and ABC even once did a news story on lookalikes finding each other. But, in the case of Chief Keef, he wouldn’t have to look in another country. Actually, the next time he’s in New York City, he could look up the person walking around with a face and build to similar to his.

Chief Keef helped usher in a new era in hip hop, which a lot of people are still trying to figure out. His style has influenced youth all over the world and the drill scene has become insanely popular. Recently, there was a young man on the New York City L-train and he looked very similar to Chief Keef.

The young man was filmed on the train turning up to some music he was playing. Of course, the video wound up being posted on Worldstarhiphop.com and the world viewing it. Often said, everybody has a twin and Chief Keef’s put on a show on the train that the whole world can see.