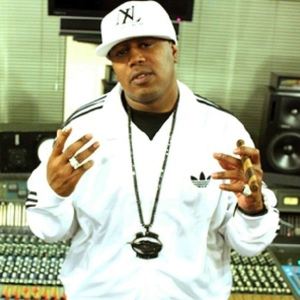 A lot of people based their hip hop grinds off Master P and they still do. Many things hip hop moguls are doing, Master P was trying over a decade ago. Still, he does not get the acclaim of other hip hop moguls, which is good because true bosses know how to move in silence.

Master P refocused his energy on making music in 2012 and he’s remained a force on the music industry since then. Originally, Master P teamed up with both Alley Boy and Fat Trel for his Louie V Mob camp. But, this movement fizzled almost as quickly as it started, with Fat Trel joining Maybach Music.

Recently, Master P addressed this with Plugged Entertainment Magazine, apparently in response to Fat Trel’s MTV interview. Giving his side of the story, Master P explained the setup of No Limit Forever and how it differs from No Limit Records. While he provides support, Master P left everyone as the boss of their own movement.

Read an excerpt from the interview below:

Master P says, “Fat Trel is a good rap artist but the No Limit Forever brand is about building entrepreneurs and business partners. When I was around Fat Trel, he was in a rush to getting a check and a record deal versus being patient and building his own to be a true boss. I even spoke with his manager and told him that this was not an overnight process. I’m not in the business of signing artists, this second go round I want to help all of my artists/partners to become their own boss but that requires sacrifice and hard work if you want to make millions. I’m not just cutting checks and taking care of artists anymore. No Limit Forever is a real independent company, this is not just a write-off for us. And if you’re a real street dude, you would appreciate me for what I’ve already done for you and your family. I went above and beyond for Fat Trel. I took him out a negative environment, got him a safe place to stay in Los Angeles, transportation, put money in his pocket, paid for plane tickets and hotels for him and his team, got him exposure, put him on music with me and all without a contract just because I believed in the little homie.” And I told his mother that I would do my best to help him. I admit I was surprised when I heard that he did a deal with Wale because I thought they didn’t like each other. But I wish him the best with MMG, I think it’s a better fit for him as an artist.”