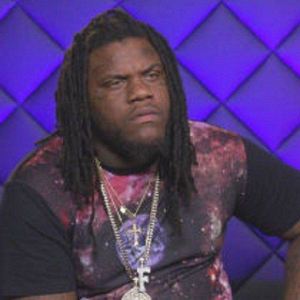 Undoubtedly, Fat Trel joining Maybach Music was a big deal and something a lot of people were excited about. But, this was not the first opportunity Fat Trel had to shine alongside a rap veteran. Before this, Master P showed interest in Fat Trel and made him one third of the Louie V Mob.

Fat Trel was receiving a lot of buzz over this affiliation, but it seems like the crew ended as quickly as it started. Soon, Fat Trel and fellow DC artist, Wale, began working closer with each other on music. It was not long before it was known that the elder DC rapper helped Fat Trel land on MMG and Roc Nation.

But, Fat Trel holds no ill will about any parts of his history and recounted exactly what happened with MTV. During a recent visit, Fat Trel talked about his affiliation with Master P and the Louie V Mob. Fat Trel explained that it was him who didn’t do right, which led to the deal ending and he said that was a blessing.