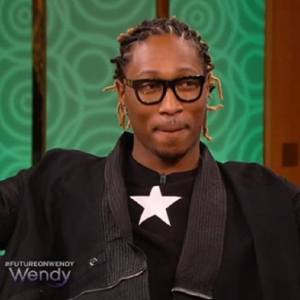 Ever since 2011, Future has been one of the hottest artists in the game. It all started for him with the “Tony Montana” single, but it has continued with countless other hits. Back in 2012, Future dropped his debut album and said his second album was right around the corner.

Initially, Future wanted to follow Pluto up with Future Hendrix either in late 2012 or early 2013. However, late in the summer of 2013, Future had a change of heart and changed the concept to Honest. With this change in concept, Future ended up delaying the album further.

Future is making his media rounds in promotion of Honest, which is due late next month. Wendy Williams hosted Future on “The Wendy Williams Show” and he discussed rumors of him ghostwriting for Beyonce. During the interview, Future also confirmed Ciara is carrying a baby boy, giving him another son.