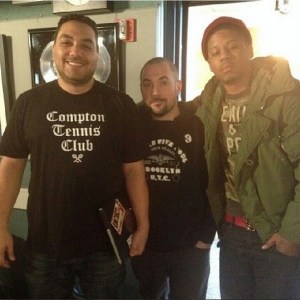 It’s been a year since Vado signed with We The Best Music Group and he’s made himself at home. So far, Vado has released Slime Flu 4 and Sinatra with his new label while he awaits putting out a bigger project. Bringing Vado to We The Best was a major power move, with him now being label-mates with Ace Hood.

Outside of We The Best, Vado is now signed to Cash Money Records, thus making him distant label-mates with Lil Wayne, Drake, Nicki Minaj, and Tyga. He has definitely joined a big musical family. Vado is making himself a standout artist on the label, but many think back to his original label, Diplomat Records.

Vado is fresh off the release of Sinatra and he visited DJ Cipha Sounds and Peter Rosenberg at Hot 97 to discuss it. Outside of the talk about the new music, Vado also talked about his relationship with Cam’ron and Juelz Santana. As most know, Vado left his situation with them to move on to something new with DJ Khaled and We The Best, which he discussed.