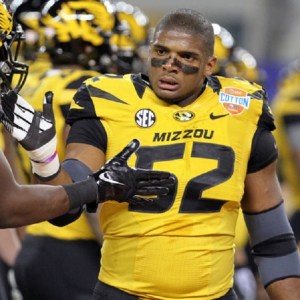 Until 2010, there was an unspoken marriage between hip hop and sports, which Drake exposed on “Thank Me Now” off Thank Me Later. Rappers often reference sports players on their songs, typically players of the NBA and NFL. As a result, a lot of sports news ends up as hip hop news.

A rising football star is Michael Sam, a defensive end for Missouri. Heading into the upcoming NFL Draft, Michael Sam looked to be a leading prospect. After all, he has had a successful track record in college and there are several pro teams who could use his services.

Before entering the NFL Draft, Michael Sam had one announcement to make to the public. Michael Sam sat down for an interview with Chris Connlley of ESPN to make an announcement. Even though people close to him and his teammates already knew this, Michael Sam revealed he is gay and could be the first openly gay player to play in the NFL, which TV’s “The Game” already touched on in 2009.