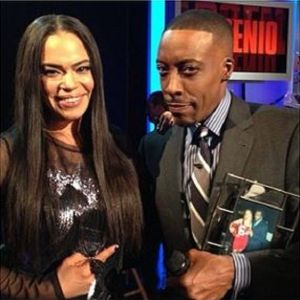 Although never proven, most speculated The Notorious B.I.G.’s death was connected to Tupac Shakur’s death. It’s been nearly twenty years since the rappers were killed at the prime of their respective careers. Since then, a lot of people have speculated about their deaths.

Many have made theories about Tupac possibly being alive, but The Notorious B.I.G.’s murder was accepted because he died on the scene. Still, there has been plenty of speculation. The detective leading the case on B.I.G. was fired and B.I.G.’s mother, Voletta Wallace, has filed complaints over the years.

Faith Evans, The Notorious B.I.G.’s ex-wife, recently appeared on “The Arsenio Hall Show” and she discussed her late husband. As he is the father of her son, obviously, Faith Evans feels the void created by his death. When she discussed it with Arsenio Hall, Faith Evans made it clear that she believes the LAPD knows a lot more than what they are saying.