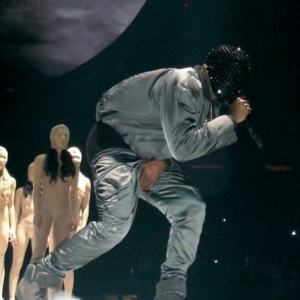 From the Taylor Swift incident to the promotional run for My Beautiful Dark Twisted Fantasy, Kanye West stayed out of the public eye. One of the biggest moves of his career as a label head came when he dropped Cruel Summer. Even then, Kanye West didn’t accompany his team to interviews.

Instead, Kanye West was in Paris making sure the album was perfect and that his next album was a game changer. Yeezus came this year and was expected to be the album of the year before Jay-Z came back with Magna Carta Holy Grail. Since then, Jay-Z has also made a surprising media run and done more business.

When Jay-Z faced backlash for his Barney’s deal, Kanye West was outraged. He talked to Hip Hop Nation about his outrage for the backlash Jay-Z faced for continuing to do business with them. Kanye West also intends to drop an album in the summer of 2014 and he addressed this too.