Skip to content
You are here
Home > Hip Hop News > Future talks “Honest” single, Drake, and reveals the album is due next year with KC Chopz [VIDEO] 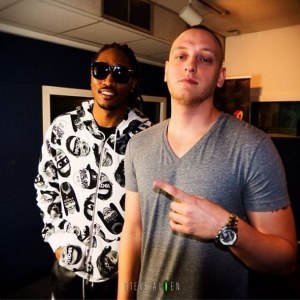 Mixtapes are producing many of hip hop’s biggest stars and Future is a prime example of how artists are coming up. After doing writing with many of the bigger names in the game, Future started putting out mixtapes. Soon, Future appeared on YC’s “Racks” and then he jumped on more records of his own.

“Tony Montana” became a breakout hit and then Future was signed by L.A. Reid and became a part of Epic Records. Within a year, Future had an album out and he was working on his sophomore album. Initially, Future planned to drop a new album this year, but his concept change led to a delay.

“Honest” remains one of the hottest tracks out and Honest is one of the most-anticipated albums in recent memory. But, Future stopped by Power 96 in Miami and talked to KC Chopz, letting him now the album is due in 2014. They talked about upcoming music off the album, doing features, the Drake tour, and more.