Skip to content
You are here
Home > Articles > The Twenty-First Anniversary: Ice Cube – “The Predator” 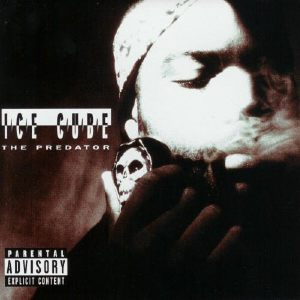 By 1992, Ice Cube had separated himself from NWA and had shown himself to be more of a ruthless activist, as opposed to a simple gangsta rapper. Still, Ice Cube is one of the most-hardcore rappers in the game, but even the hardcore rappers have layerss. When he reached his third album, The Predator, Ice Cube decided to show them.

Twenty-one years ago, today, Ice Cube released The Predator, but he introduced the album weeks prior with his “Wicked” single. Initial first-week sales of the album were boosted by “Wicked” and it led to Ice Cube being number one on Billboard his first week. The critics were not very kind to The Predator, but the people loved it.

Branching out of his comfort zone, Ice Cube decided to show off his light side with his single, “It Was A Good Day.” The song became appreciated here in later years and a lot of the appreciation comes due to Grand Theft Auto: San Andreas. Still, it has led to light being shed on Ice Cube and his movement.

The Predator would spawn one more single, “Check Yo Self,” which also ended up on the Grand Theft Auto: San Andreas video game and it was one of 1993’s biggest singles. Looking back on The Predator, it is one of the hip hop classics and it came during the golden era of hip hop, helping to continue Los Angeles’ domination of the game. Time has flown by and today marks twenty-one years since the recent rapper-turned-actor, Ice Cube, released his album, The Predator.

Watch music videos off The Predator below:

Watch “Wicked” by Ice Cube below:

Watch “It Was A Good Day” by Ice Cube below:

Watch “Check Yo Self” by Ice Cube below: