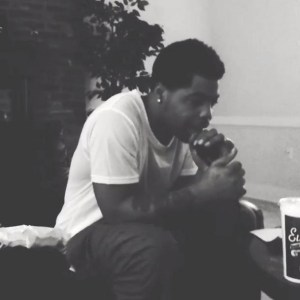 It’s hard to believe it’s been eight years since Webbie emerged in the game. During the summer of 2005, Webbie emerged alongside Bun B on the breakout summer anthem, “Give Me That.” In the years since then, Webbie has posted even more hits and became better-known for “Independent” with Lil’ Phat and Lil’ Boosie.

Throughout his career, Webbie has pushed his Savage Life series. Two years ago, he released Savage Life 3 and Webbie is currently working on Savage Life 4, which is due exactly a week from now. Unlike with his debut album, Webbie isn’t predicted to go gold with this album, but his album is still anticipated.

Webbie’s been in the game so long that it’s become a lot more than just music. On top of his rap career, Webbie is known for his antics where he gets into different situations with women. The Rocsi situation is what Webbie’s best-known for, but he told Hip Hop Nation about him having sex with a woman at a birthday party he performed at.

Continue Reading
You may also like...
Related Topics:bun b, give me that, independent, lil phat, lil' boosie, rocsi, savage life 3, savage life 4, stranga the great, webbie