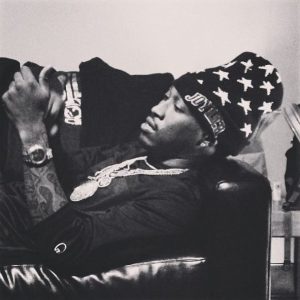 Two years ago, the mainstream hip hop world was first introduced to Future when his single, “Tony Montana,” went viral. Similar to the Migos in 2013 with “Versace,” Drake jumped on the record and it took over the game. In an identical situation, Drake didn’t do the video with Future.

Coming from being a mixtape star to being a mainstream star, Future was happy for the opportunity to work with Drake. Since then, Future jumped directly into his album and is now working with all the major R&B stars. Future is now sitting as one of the biggest rappers in the game.

Future is on top of the game and he stopped by Complex to talk to Peter Rosenberg. In the interview, Future spoke about being a member of the Dungeon Family, which is home to Outkast, Cee-Lo, Bubba Sparxxx, and others. Breaking into the game with “Tony Montana,” Future spoke on how high he was when he made the song.