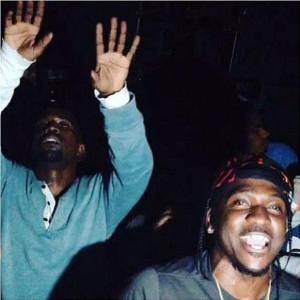 This week, Pusha T released his long-awaited debut album, My Name is My Name, which is filled with hit records. “Let Me Love You” with Kelly Rowland is becoming one of the more popular tracks off the album. All in all, Pusha T dropping a high-profile album is a good look for Kanye West.

Kanye West started G.O.O.D. Music in 2004, but he began truly developing the roster in 2011. Pusha T signed to the label in 2010 and immediately took the spotlight with features on My Beautiful Dark Twisted Fantasy. From there, Pusha T dropped his mixtape, Fear of God, which included “Trouble on My Mind” with Tyler, the Creator.

Pusha T is doing his promotional run for My Name is My Name, which led him to take some time to speak with FUSE. They talked about the My Name is My Name album, which was a longtime in the making. Another topic that came up was Kanye West arguing with Pusha T about him putting out free music.

Continue Reading
You may also like...
Related Topics:fear of god, fuse tv, g.o.o.d. music, kanye west, kelly rowland, let me love you (pusha t), my beautiful dark twisted fantasy, my name is my name, pusha t, trouble on my mind, tyler the creator