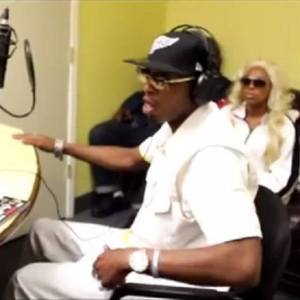 It’s good to see Detroit rappers rising back to the forefront of the game because of all the history the city has with hip hop. There is much more to Detroit than Eminem, even though he is associated with putting the city on the map. DJ Butter has represented the city for the longest and he continues to do so.

The legendary J Dilla, may he rest in peace, also hails from Detroit, as does Strike. A few weeks ago, DJ Butter had him on his Monday show for Core DJs Radio and he spoke about the Detroit scene. Being around the figures in the city for so long make for some pretty good stories.

Strike talked to DJ Butter’s radio show members, Kemotherapy and Mr. Diplomat, about the role he played in 2002’s 8 Mile. In his career as a rapper, Strike worked with all the big names, including Method Man, and he was Proof’s artist. They also discussed Strike being the first artist on Proof’s Iron Fist Records.