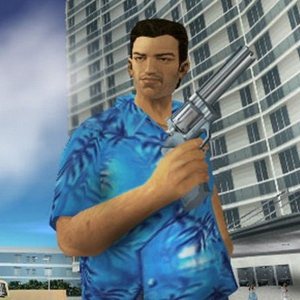 The latest edition returns to Grand Theft Auto: Vice City, with their main character of Tommy Vercetti being the spotlight in the new edition. A bit of background on the character, he also worked for the Liberty City mob, doing fifteen years in prison for them and they sent him to Vice City. In Vice City, Tommy took over the crime scene.

Forming alliances with businessman Avery Carrington and Ken Rosenberg, Tommy Vercetti took Vice City over and took out the mob. He lost his friend, Lance Vance, on his rise to the top, but took over the city. Tommy Vercetti was inspired, in part, by the protagonist on Scarface, Tony Montana, played by Al Pacino.

Tommy Vercetti is one of the more memorable characters in the history of Grand Theft Auto.