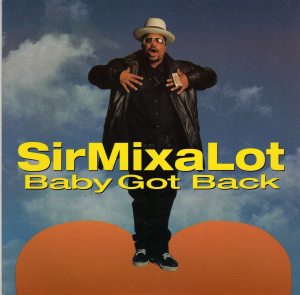 “Baby Got Back” is so popular because most guys think that when they see a woman who’s got it in all the right places. Not to mention the “Baby Got Back” single starting the phrase of the same title that people still use. Had it not been for “Baby Got Back,” there would have been no “Birthday Song.”

Before Sir Mix-a-Lot, there was no mainstream Seattle hip hop scene. Macklemore and Ryan Lewis are doing their thing, but Sir Mix-a-Lot opened that door. So, this week, it is Sir Mix-a-Lot who gets the tribute, simple as that and this was 1992’s second-best selling single.

Watch “Baby Got Back” by Sir Mix-a-Lot below: