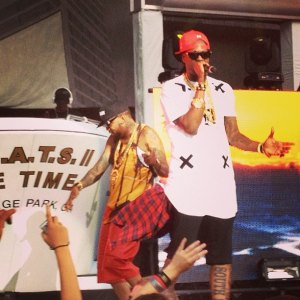 Probably one of the most-entertaining rappers in the game, 2 Chainz was among the hip hop artists to perform at the 2013 Wireless Festival. Of course, the bulk of the attention went to Jay-Z and Justin Timberlake, but all of the biggest names in hip hop came through. 2 Chainz was obviously included in this lineup.

Before performing “I’m Different,” for some reason 2 Chainz threw the mic and he walked off stage. It is unclear what made 2 Chainz do this, or even if he was even mad about something. Given the way things have played out this week, it might have just been to cause speculation.