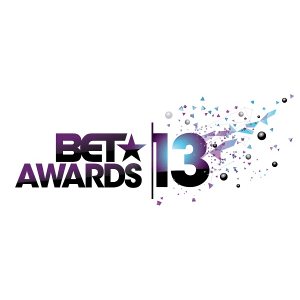 Hope everybody enjoyed the Hip Hop Classic of the Month, Jay-Z is that dude. But, nobody should even front, this weekend was all about the 2013 BET Awards. Man, the ladies were on point tonight, all of them. Shouts out to Preemo for actually covering the show live and for his hilarious commentary.

Bow Wow and Angela Simmons held it down during the pre-show, as Brandy, Gabrielle Union, Dwyane Wade, Chris Tucker, and others slid through to talk. Ace Hood, A$AP Ferg, and French Montana got the crowd ready with their pre-show performances. At the show, Nicki Minaj turned heads for the reasons she turns heads.

Anybody who follows SKE Records and the interviews the whole fam does knows there is a lot of love for Kendrick Lamar, so shout out to him. Kendrick Lamar won both Best New Artist and Best Male Artist, that’s Rookie of the Year and MVP all in the same year. Much love goes out to him and hopefully Trel Mack can follow suit one day.

All in all, the 2013 BET Awards came complete and all of the ladies were on point. Once again, shout out to Nicki Minaj, as she took home the Best Female Hip Hop Artist award. One more time, the ladies were on point, ever since seeing this, K. Michelle has been a favorite and she took home best hair at the awards show. The red carpet was live with Ciara, Nicki Minaj, K. Michelle, LaLa Anthony, and Meagan Good all out there driving the men crazy, nothing but love for all those ladies.

Definite highlights of the show came during the Charlie Wilson tribute with Snoop Dogg, Pharrell, and Justin Timberlake. In the end, this became the Pharrell show and there ain’t nothing wrong with that. “Feds Watching” is going to be the next big single of the year and expect more on that soon. So, below, there are some red carpet photos to show people what they might have missed at the 2013 BET Awards.

Best Movie
“Beasts of the Southern Wild”
“Django Unchained”
“Something From Nothing: The Art of Rap”
“Sparkle”
“Think Like a Man” – WINNER

See red carpet photos from the 2013 BET Awards below: