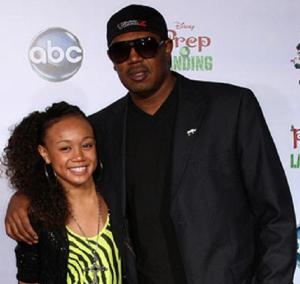 Being both a father and a businessman can be tough, but Master P has made it his staple over the past twelve years. First, Master P unleashed his son, Romeo Miller, who had successful runs in both music and television. Romeo Miller is now a high-powered mogul and a successful actor.

Since then, Cymphonique Miller has risen to the forefront of the hip hop scene for the family, Miller. Currently, Cymphonique is promoting her new mixtape, which came out today. The mixtape has done well, just as the two mixtapes Master P came out with this year.

Power 105.1’s trio, DJ Envy, Angela Yee, and Charlamagne Tha God talked to Master P and Cymphonique about their new moves. Cymphonique talked about boys and her new music. Meanwhile, Master P spoke on the Louie V Mob and he also talked about what it takes to be successful in both life and rap, speaking on Alley Boy and Fat Trel, and his work with Chief Keef.