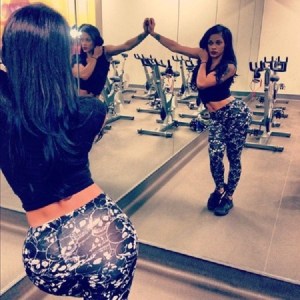 Before all of this, Stevie J was involved in a high-profile relationship with Eve. In the end, the drama tore them apart. This relationship was not mentioned because, until recently, neither Eve or Stevie J were in the news the way they are now. But, with both back out and active, their relationship is taking up much more attention.

Vlad TV sat Joseline Hernandez down and they spoke on a lot of different topics, with another Stevie J relationship being the topic in this clip. His past with Eve was reflected upon during this latest clip. Joseline Hernandez spoke on the Eve/Stevie J sextape and she said enjoyed watching the tape.