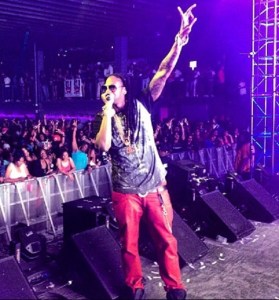 Heading into the Summer Jam 2013, Hot 97 has turned their wrongs into rights in an effort to move forward. Leaving the past where it is, Hot 97 is future focused and they need the biggest current artists to do this. With the way the game is set up, it does not get much more current than 2 Chainz.

Thus far, 2 Chainz has continued promoting Based on a T.R.U. Story in 2013. Though it was released in 2012, “I’m Different” became a hit single this year. A few other 2 Chainz singles have also done well over this time. Now, 2 Chainz is making preparations for his sophomore album.

2 Chainz is preparing his next album for a September release. Like every other major hip hop artist, the summer is the launchpad for 2 Chainz. Set to perform on the mainstage at Hot 97 Summer Jam 2013, at Metlife Stadium in New Jersey, 2 Chainz revealed via Twitter that he would debut his new single onstage.