If Kanye West is not causing some form of controversy, something is wrong. Where most people stick to insulting other people to gain attention, Kanye West goes about his by taking over American cities to premiere his songs in the streets. Everything with Kanye is on some next level stuff.

Kanye West has been on an incredible run that watched him rise from a “good rapper” to legendary status. It all began when Kanye West released his critically-acclaimed fifth album, My Beautiful Dark Twisted Fantasy. But, his last two albums have been collaborative projects.

Yeezus is the next solo album from Kanye West and the album title was unsettling enough as it was. But, Kanye West is rumored to have picked an alternative album cover that could put Game to shame. On this cover, Kanye West is depicted as Jesus when he hung on the Cross. 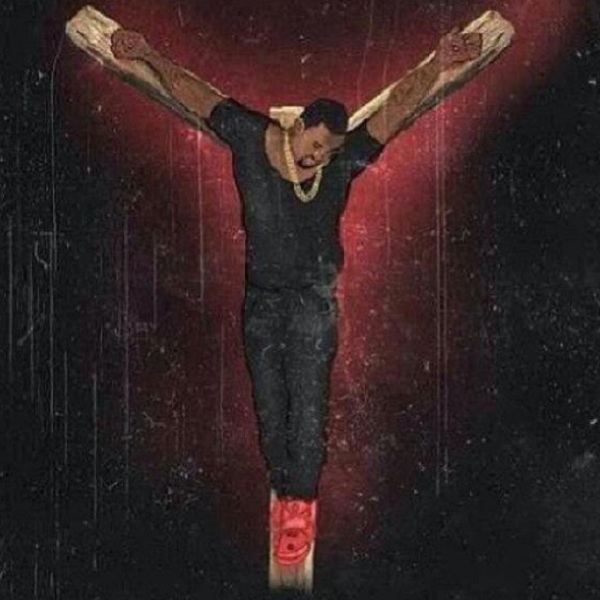