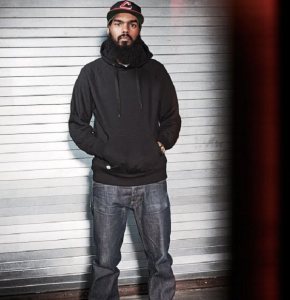 Rick Ross went on a signing spree in 2011 and he announced this takeover late in the fall of 2010. First expressing interest in signing Wale, Rick Ross would sign him and Meek Mill on the heels of each other. Pill also entered the picture when Rick Ross signed a joint venture deal with Warner Bros. Records for Maybach Music.

In the fall of 2011, Rick Ross signed DJ Scream and Stalley. The Ohio emcee has gone on to enjoy much mixtape success with Maybach Music. Dominating the mixtape level, Stalley is now preparing to release his debut album. Stalley currently has two singles out and they feature Scarface and Curren$y.

Recently in New York City, Stalley performed and XclusivesZone.net caught up with him to chop it up for a bit. During the interview, Stalley talked about his recent success and the new singles he has out. Stalley also previewed his upcoming album and talked about possibly sampling Marvin Gaye for his new album.