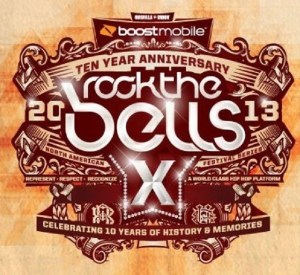 Last spring, hip hop fans received an answer to their decades-long question of whether or not Tupac Shakur would return. At last year’s Coachella festival, Tupac Shakur returned and performed his classics alongside Snoop Dogg and Dr. Dre. As everyone knows, Tupac Shakur was brought back via hologram.

In the year since Tupac Shakur returned, there have been rumors of The Notorious B.I.G. returning. More rumors suggested Tupac and Biggie would go on a hologram tour, which might remain a possibility. But, two other stars from the East and West Coast will be coming back through holograms.

At Rock the Bells 2013, Eazy-E and Ol’ Dirty Bastard will perform. Their performances will come alongside such current names as Dizzy Wright, Common, Big K.R.I.T., Black Hippy, Danny Brown, Hit-Boy, Tyler, the Creator, Dom Kennedy, and more. This is the tenth anniversary of the Rock the Bells festival.

See the list of performers at Rock the Bells 2013 below: 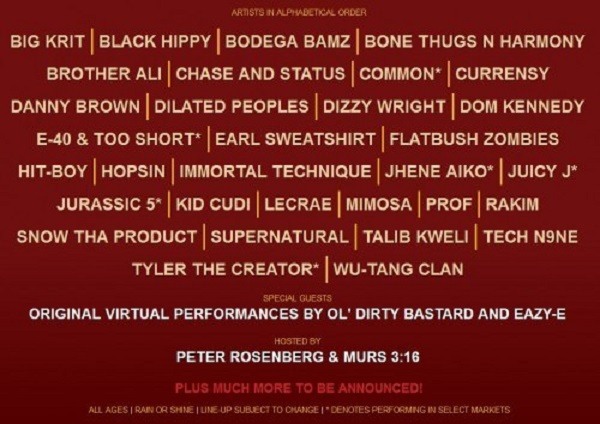