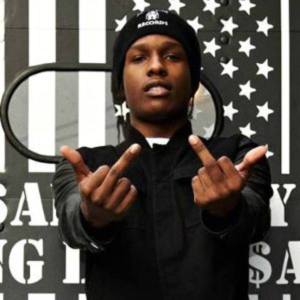 Emerging during the summer of 2011, A$AP Rocky has gone on to become one of the biggest rappers in the game. Boldly, A$AP Rocky started 2013 off with the official release of his debut album, Long.Live.A$AP. The album debuted on top of the charts and was met with positive reviews.

Despite releasing his album early in 2013, A$AP Rocky has remained in the spotlight, making appearances on other artists’ songs. Most importantly, A$AP Rocky has been on the road touring with Rihanna. There have been all kinds of rumors about A$AP Rocky and Rihanna, which he diffused.

But, when Angie Martinez talked to A$AP Rocky on her Hot 97 show, he spoke on his relationship status. Once again, A$AP Rocky spoke on Rihanna, but he also talked about his upcoming set at Hot 97’s Summer Jam. A$AP Rocky went on to discuss a few other topics.