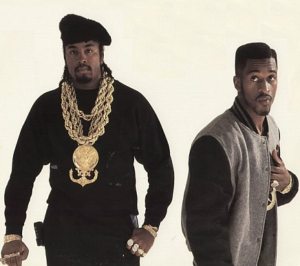 Before hip hop became so commercialized, Eric B. and Rakim were the biggest names in the industry. A lot of people talk about bringing the old school hip hop back, they are talking about this. In 1987, Eric B. and Rakim released their debut album, Paid in Full, and the final single off the album was the title track.

“Paid in Full” is one of the most-influential hip hop songs, ever, as it inspired the classic movie of the same name and several other songs. Parts of “Paid in Full” have been sampled by 50 Cent and Lil Wayne, only naming a few. The song, itself, samples many others, most prominently Dennis Edwards and Siedah Garrett’s “Don’t Look Any Further.”

Twenty six years after “Paid in Full” was released, it remains regarded as an all-time hip hop classic. Rolling Stone has named “Paid in Full” as the tenth greatest hip hop song of all-time. Meanwhile, Eric B. and Rakim are still considered two of the greatest to ever contribute to hip hop. During its run, “Paid in Full” became the biggest hip hop single, of the time.

Watch “Paid in Full” by Eric B. and Rakim below: