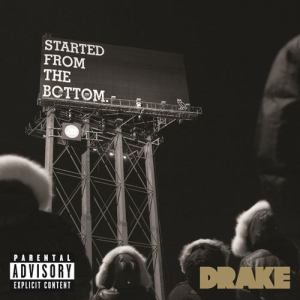 Upon releasing Take Care, Drake faced much scrutiny and backlash. This came from the pop-centric direction of the music on the album. Hip hop fans may have hated the album, but the mainstream world loved it. Most importantly, Drake became one of few rappers who can still boast of releasing platinum albums.

Drake had major buildup in 2011 and the payoff was Take Care. Payoff also resulted in feuds with Common and Pusha T. Never one to partake in the nonsense, Drake took aim at Common on Rick Ross’ “Stay Schemin.'” Taking hit shot and moving on, Drake showed the hip hop world he was no punk.

Throughout 2012, Drake appeared on many songs. Providing assists to the game, Drake prepared to retake the game as a lead artist in 2013. Coming into 2013, the biggest story was Joe Budden and Consequence, which remains a major story. However, everyone had to stop and pay attention to Drake’s new single, “Started from the Bottom.”

Instantly replacing Trinidad James’ “All Gold Everything” as the popular track to remix, Wiz Khalifa delivered his own version of the song minutes after it was released to the internet. Soulja Boy delivered a “Started from the Bottom” remix a few hours later and the trend was started. In recent years, everyone has seen their single be remade time and time again and the artists love to see other artists playing with their material.

Several rappers have jumped on “Started from the Bottom” with their remixes. Other mainstream artists have jumped on the single since the initial two remixers. Many said “Started from the Bottom” sounded like it ought to be a Meek Mill track and it sounds as if the vicious Maybach Music emcee heard this and did his own remix to the record. Popular mainstream artists, such as Meek Mill have remixed the song, along with other mixtape rappers, including Mike Stud.

Hip Hop Vibe decided to chronicle some of these remixes of Drake’s increasingly popular single. Within a month of releasing the single, Drake received gold certification for the song and these remixes definitely play a major part in this.

Watch “Started from the Bottom” remix videos and listen to remix songs below:


A popular rising singer in the game, Mike Posner has the support and the respect of his rap counterparts. Mike Posner put out several ballads picked up by the rap world and he used his clout to hop on Drake’s single. Not only handling things himself, Mike Posner also went out and added Asher Roth, T. Mills, Chuck Inglish, and King Chip to his version of “Started from the Bottom.”

Ace Hood – “Started from the Bottom” 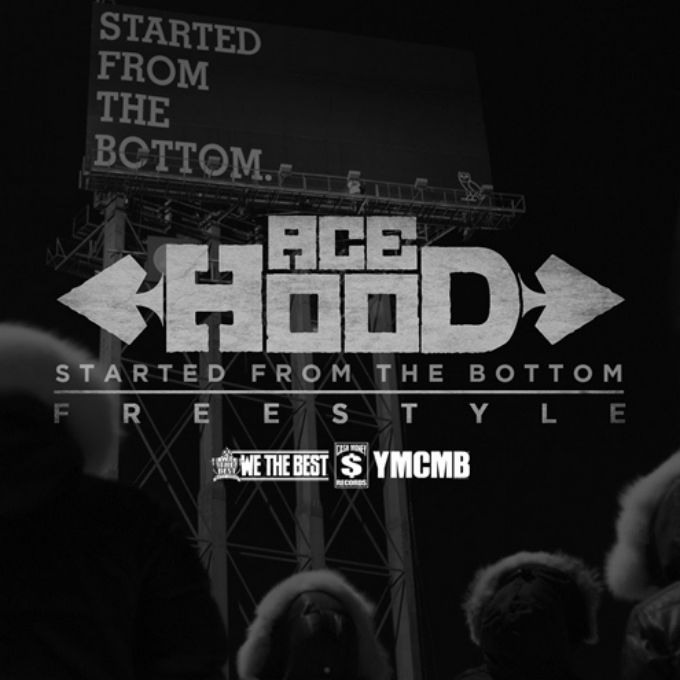 The original flagship artist of DJ Khaled’s We the Best Music Group, Ace Hood carries a major chip on his shoulder. Despite his hardest of efforts, the world still primarily sees him as DJ Khaled’s artist. Five years deep, Ace Hood is still campaigning for a fair shake. Due to his recent mixtape success, the world is finally beginning to take notice of Ace Hood. With his new album in the works, Ace Hood is proving he can deliver more than one minor hit per album, as he is dominating the game and he decided to also jump on Drake’s “Started from the Bottom.” A few weeks after Drake debuted his single, Ace Hood decided to jump on the track for his widely-acclaimed remix of the track. Before releasing his official “Started from the Bottom” remix, Ace Hood freestyled a version for Funkmaster Flex when he visited Hot 97.

Meek Mill – “Started from the Bottom”


Though it has died down quite a bit from what it was, Meek Mill and Cassidy still share a strong and mutual dislike. The two rappers simply hate each other and the reason is quite unknown. In 2012, Cassidy got his name back out there through dissing Meek Mill and the Maybach Music emcee has continued to give it to him as much as he asks for it. Meek Mill used Drake’s “Started from the Bottom” to take aim at Cassidy and he recently shot a music video for the track.

Young Sam – “Started from the Bottom”


Los Angeles rapper, Young Sam, was one of the earlier rappers to jump on “Started from the Bottom.” It is the rappers like Young Sam that are hailed as the “New West” by the media, as they bring a new element to the West Coast hip hop scene. Young Sam showed the depth and the evolution of the West Coast hip hop scene in the time the hip hop media has spent simply covering Snoop Dogg and Game when it comes to Los Angeles, as the Young Sam remix of Drake’s “Started from the Bottom” has been a fan favorite.

Fred the Godson – “5 AM in Blockwork”

Mike Stud – “Started from the Bottom”


Popular baseball player turned rap phenomenon, Mike Stud has several collaborations under his belt with Huey Mack. But, one day after Drake released “Started from the Bottom,” he decided to go solo with his remake. Along with releasing the track, Mike Stud delivered this studio video clip of the performance.


Much like all of the other DJs in the game, Funkmaster Flex has been fascinated by Drake’s “Started from the Bottom.” Fans and critics have agreed the song is one of the best of 2013. No one can deny its status as being one of the first hits of the year and there is definitely much more to come. With the beat being popular, freestyles are inevitable. Those who know New York hip hop could not wait for Funkmaster Flex to put Uncle Murda up to the challenge of freestyling over “Started from the Bottom.”

Fat Trel – “Started from the Bottom”

Wiz Khalifa – “Started from the Bottom”

Offering his apologies in advance, Wiz Khalifa wasted no time before remixing “Started from the Bottom.” This showed how big the single was going to be for Drake. One truly knows they are a trendsetter when hip hop’s resident trendsetter jumps on their track hours after it is cut. Wiz Khalifa started this trend of “Started from the Bottom” remakes, so it is only right to include his freestyle on this list.

Soulja Boy – “Started from the Bottom 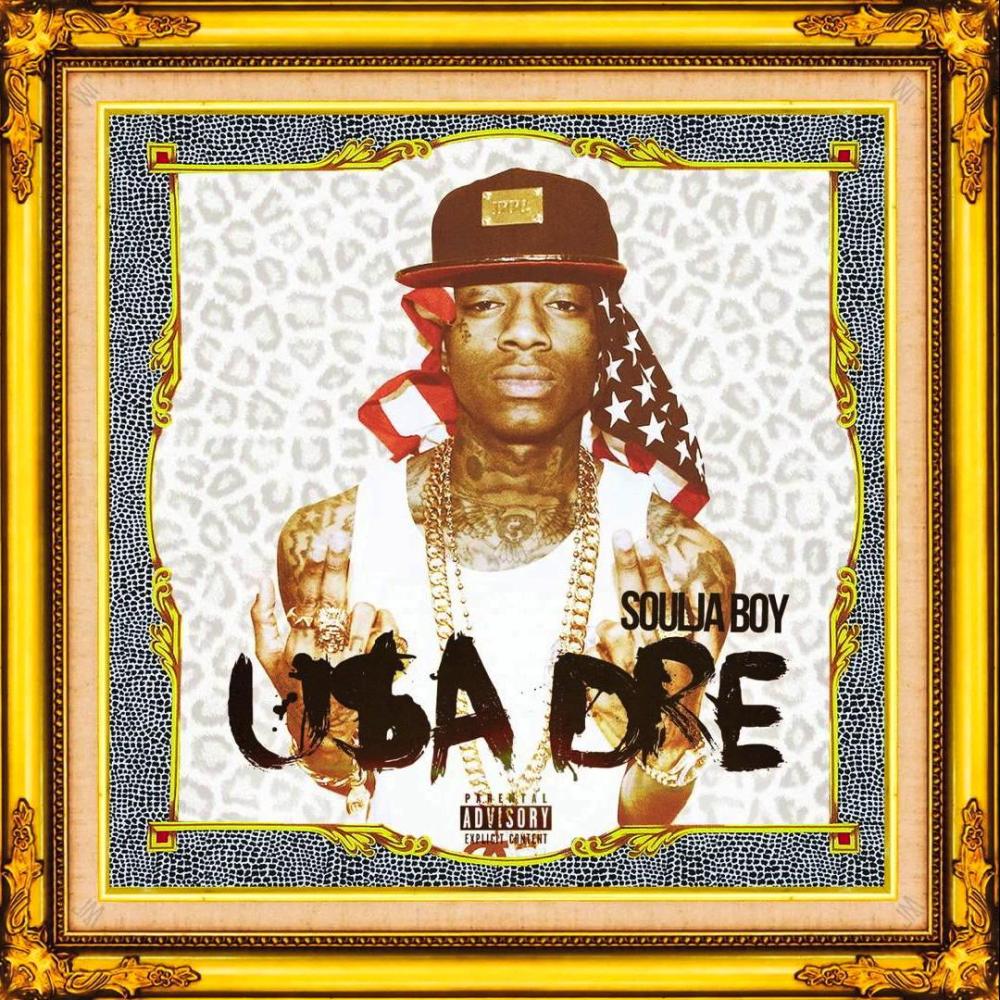 Listen to “Started from the Bottom” by Soulja Boy below: