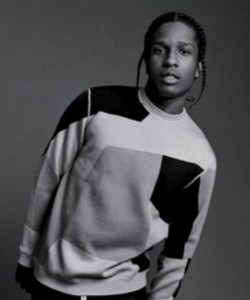 Bringing a new element to New York hip hop, A$AP Rocky is a fan of general music and it is all fused into his own musical offerings. Despite his surprising difference from many other rappers from New York, A$AP Rocky still topped Billboard with Long.Live.A$AP. Instead of his buzz dwindling after his album was released, A$AP Rocky’s buzz has picked up.

Recently, A$AP Rocky was in Charlotte, opening up for Rihanna on the “Diamonds” tour. While he was in Charlotte, A$AP Rocky talked to Jazzy T for 93.7. During the interview, A$AP Rocky revealed he and Kid Cudi had been working together and he said MTV redeemed themselves when they named Kendrick Lamar their “Hottest MC in the Game.”