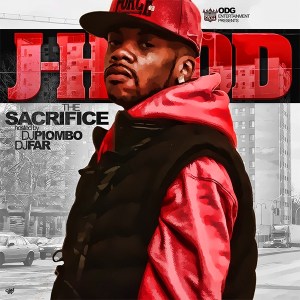 Mixtapes have mad the game much easier for rappers to get their material heard by the masses. Among the first emcees to use mixtapes as an outlet was J-Hood, of course following 50 Cent’s movement. Drake helped to elevate the mixtape game, but J-Hood was among the first to keep mixtapes coming at will.

Coming into 2013, there has not been much to come from J-Hood. All of this will change as the first quarter ends its final month. With the year taking an identity of its own, J-Hood is preparing to impact with his music. The Sacrifice is the name of the upcoming project from J-Hood.

J-Hood will deliver his traditional Yonkers sound on this tape. Along with the raps he is known for, he is teaming up with one of the biggest DJs in Italy, DJ Piombo. Hosting the mixtape with DJ Piombo will be DJ Far, who has several new projects in the works. The planned release date for The Sacrifice is March 17.