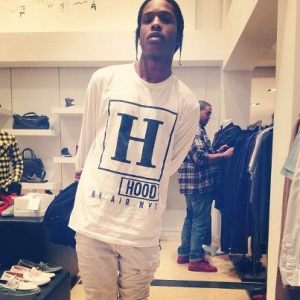 Tomorrow marks one month since A$AP Rocky released his chart-topping debut album, Long.Live.A$AP. Boasting the standout single, “Fuckin’ Problem,” which features 2 Chainz, Drake, and Kendrick Lamar, A$AP Rocky proved he could dominate the mainstream game. Now, A$AP Rocky is out to prove he is no one hit wonder.

It looks as if A$AP Rocky could do this with his “1 Train” single that features Joey Bada$$, Kendrick Lamar, Yelawolf, and Big K.R.I.T., among others. By the looks of his first two major singles, A$AP Rocky has taken LL Cool J’s spot with the posse cuts. Both singles have done well, but for different reasons.