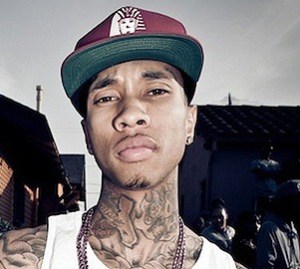 One year ago, Tyga began making moves toward his Young Money debut. A native of Los Angeles, Tyga was one of the many artists from the City of Angels making moves in the rap game. For years, Game remained the only artist who debuted in the 2000s enjoying mainstream success.

Tyga released his highly popular debut, Careless World, which was filled with numerous hit singles. Careless World featured the breakout hit single, “Rack City,” which was one of the biggest hits of the year. It would be Careless World that earned Tyga his spot last night at the 2012 American Music Awards.

On the red carpet at the 2012 American Music Awards, Tyga revealed he was back in the studio with a new album on the way. Hotel California is the name of Tyga’s next album, which is due for a March 2013 release. The first single off the album is “187,” which features Rick Ross.