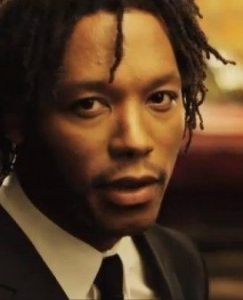 Arguably hip hop’s best current lyricist, Lupe Fiasco finds himself at the peak of his popularity at a time when hip hop has dumbed down to new lows. Refreshingly, perhaps, Lupe Fiasco scored a major hit with “Bitch Bad.” The single was a play on the phrase “bad bitch,” in which Lupe Fiasco described a little boy and a little girl growing up and crossing paths.

Lupe Fiasco gained acclaim for his lyricism, but also ruffled the cages of some. Chief Keef is another native of Chicago, who has risen to stardom. Building a strong buzz on the streets, Chief Keef was eventually signed by Interscope Records. When asked about Chief Keef, Lupe Fiasco said he was worried about the image he portrayed, leading to a Twitter beef.

NBC Nitecap recently sat Lupe Fiasco down and they discussed a number of topics. Lupe Fiasco spoke on the lyrics in hip hop, which continue to lack talent. For commercial purposes, rappers have dumbed their music down. At the peak of commercial rap is Rick Ross and Lupe Fiasco also spoke on him and his current run.