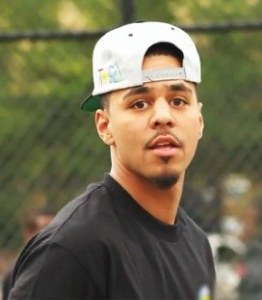 One year ago, J. Cole was the biggest topic in the rap game. Many were doubting if his debut album would ever come, it did and many were impressed by the results of Cole World. Making his fans wait for two years, J. Cole promised to release his next album in 2012. This would not be the case, however, but J. Cole does have plans of dropping his album in the first quarter of 2013.

J. Cole released the official trailer for “Miss America,” which announced his Born Sinner album, set to be released in late January. Last night, J. Cole was in Los Angeles at the 2012 American Music Awards, where he was nominated for ‘Best Hip Hop Album.’ Nicki Minaj, however, would take the award for Roman Reloaded, as she swept the hip hop category.

On the red carpet, however, J. Cole spoke on his upcoming album and the “Miss America” single, which is expected to soon impact. During his red carpet interview, J. Cole discussed his upcoming projects. While January is the target date for his next album, J. Cole spoke as if he was prepared for the album to be delayed.