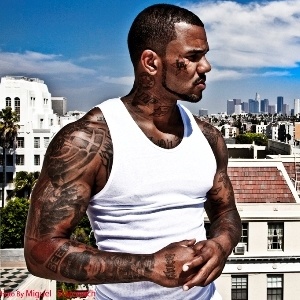 Hard feelings were left when Game left G-Unit and it was clear, even before the tension between Game and 50 Cent, that he and 40 Glocc would never be friends. Game was forced to make nice with 40 Glocc during his time on G-Unit. However, the two were rivals, due to being members of rival gangs.

Once Game left G-Unit, 40 Glocc was given the green-light to unload on Game. The two have traded disses through the media for years. Game once said he would fight 40 Glocc on sight if the two ever came face-to-face. During the summer, Game and 40 Glocc attended the same party and a fight broke out.

40 Glocc soon became a laughingstock on the internet, as the video of him being brutally beaten by Game went viral. Realizing his gangster image was diminished, 40 Glocc filed a lawsuit against Game. Recently, Game sat down with Vlad TV and he spoke on the lawsuit with 40 Glocc, calling it the “surprise of his life.”