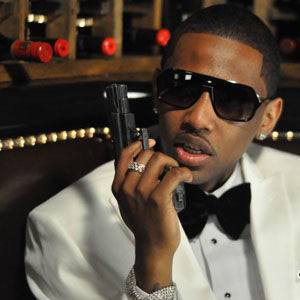 There was once a time when Fabolous was considered to be the future of the New York hip hop scene. Many compared Fabolous to Jay-Z, as both had a smooth flow and are from the borough of Brooklyn. While Fabolous never had the commercial impact of Jay-Z, he managed to keep the streets hot with his mixtapes.

Fabolous recently took a hiatus from the rap game and is now returning. During his time off, fellow New York City mixtape rapper, French Montana, took over the game. French Montana successfully took his mixtape success to the mainstream. Stamped by Rick Ross, the Bronx rapper signed with Bad Boy Records.

While Fabolous is definitely happy for French Montana’s success, he is preparing his own comeback. Fabolous recently revealed he was working on The S.O.U.L. Tape 2, his latest mixtape. The project is among the highest-anticipated projects in the streets and Fabolous discussed this on the latest edition of The Come Up DVD.