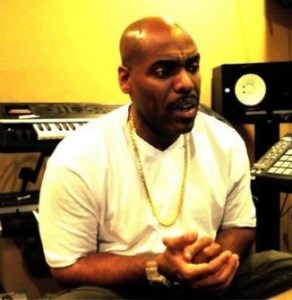 Atlanta has a long history of producing talent and is home to a number of hip hop’s biggest names. After a few years out of the direct spotlight, Atlanta is once again clicking on all cylinders with the veterans such as T.I., Young Jeezy, and Gucci Mane delivering hits. The newcomers, such as Future, Ca$h Out, and Young Scooter are also making noise.

Many DJs and producers also hail from Atlanta, among them DJ Toomp. In 2006, DJ Toomp exploded onto the scene, producing T.I.’s “What You Know” hit. Previously, DJ Toomp toured with the Miami-based 2 Live Crew. In the time since producing for T.I., DJ Toomp produced for Kanye West, Mariah Carey, Game, and many others.

Earlier today, DJ Toomp sat down with FUSE TV and he spoke on his record collection. A producer of some of music’s biggest hits, DJ Toomp started out as a fan. Even as his stock rose as a producer, DJ Toomp remains a fan. During his recent interview with FUSE TV, the popular producer/DJ spoke on some of his favorites.