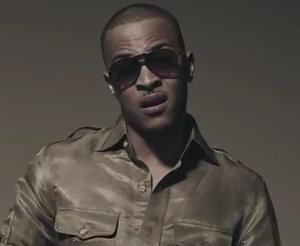 As hard as he has tried, T.I. is still a disappointment to many. T.I. owned his mistakes and has done his best to make up for them. Despite a good showing on such songs as “Here Ye, Hear Ye” and Meek Mill’s “I’ma Boss (remix),” T.I. has had trouble delivering a hit single. Before his 2009 prison sentence, T.I. had three top five singles, two number ones.

Fans expected a strong T.I. comeback in 2010, instead fans were hit with news of him going back to prison. Making good on his promise, T.I. put together an album, but it lacked the quality of his previous efforts. Overall, disappointment was high and fans were done with T.I., who was then struggling for hits.

After warming up the streets in 2011 and 2012, T.I. decided to get back into the game with his comeback album, Trouble Man: Heavy is The Head, which is due for a December 18 release. There has been a lot of discussion surroudning the single with Andre 3000, “Sorry,” which hits iTunes on December 4, along with “Meet the Musician,” which drops as a podcast. One week later, on December 11, T.I. will release the fourth single, “Hello,” with Cee-Lo.