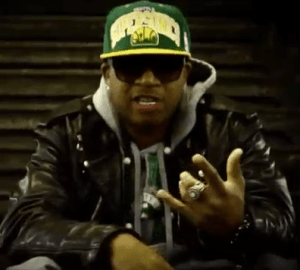 Red Cafe has been with Bad Boy Records for nearly four years and he spoke on his relationship with Diddy. A bulk of Red Cafe’s collaborations have been with Fabolous and the two had a joint project in the works. After delivering a freestyle of Juicy J’s breakout anthem, “Bands a Make Her Dance,” Red Cafe discussed all of this with VIP Saturday.