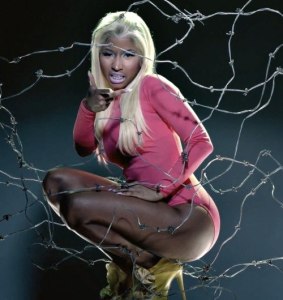 Hip hop has been at odds with Nicki Minaj since she began releasing music that catered toward pop audiences. Nicki Minaj began her rise to the stardom on the Queens, New York streets as a hardcore artist. Starting out as an affiliate of Gucci Mane’s 1017 Brick Squad, Nicki Minaj eventually signed with Lil Wayne’s Young Money.

Nicki Minaj successfully juggled both hip hop and pop on her Pink Friday debut album, which many gave positive reviews. Making an enemy out of Lil’ Kim, Nicki Minaj helped place the spotlight back on female artists. Some newer female hip hop artists have cited Nicki Minaj as their inspiration, among them Slip-N-Slide Records’ Chloe.

While hip hop has not had much nice to say about Nicki Minaj, the 2012 American Music Awards have been kind to her. On the heels of winning ‘Best Hip Hop Album,’ Nicki Minaj will also take home the award of ‘Best Hip Hop Artist.’ Nicki Minaj beat out her Young Money label-mates, Drake and Tyga, for this award.