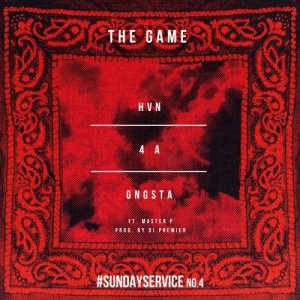 On his first mainstream single, Game said he was in the streets when Master P was saying “ugh.” Since that time, Game has remained a fixture on the hip hop scene, meanwhile Master P has been focused on his business ventures. Now, as fate would have it, both are making new music. Game promised a two for one this Sunday and he comes through with his “Hvn 4 a Gngsta.”

Listen to “Hvn 4 a Gngsta” by Game ft. Master P below:

Continue Reading
You may also like...
Related Topics:game, hvn 4 a gngsta, master p