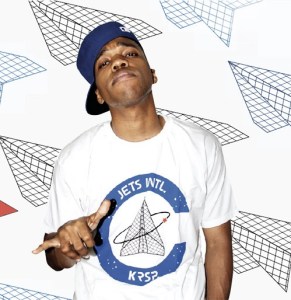 The year of 2012 has been great for Curren$y from the start until now. Among the highlights for Curren$y this year was The Stoned Immaculate. Keeping his music going strong, Curren$y continued releasing new music. On the heels of his album came a mixtape, which led into his group album.

After leaving Young Money, Curren$y wound up signing with Warner Bros. Records. Now label-mates with Rick Ross’ Maybach Music, Curren$y’s Jets are making moves. At a time when crews have taken over the rap game, Curren$y is going strong with his. The latest release from The Jets is Jet World Order 2.

This upcoming Tuesday, Jet World Order 2 will be released. While Curren$y is a New Orleans native, he has decided to celebrate his album release in New York City. Curren$y has plans of taking over the Highline Ballroom. Entry fees are $15 and the doors to the event open at 6:30 EST.