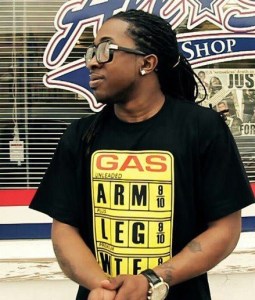 In the mainstream, there is J. Cole and 9th Wonder representing for the Carolinas. On the mixtape scene, Dirty Dave and Mr. 704 are both making big moves. However, Georgetown, South Carolina native, DJ Apollo is another talent who cannot go overlooked. DJ Apollo is currently based on the other side of the state in Orangeburg and is making himself known.

The winner of multiple awards, DJ Apollo plays numerous roles, as he is a rapper, a DJ, and a radio personality with the ability to play instruments. DJ Apollo has enjoyed his mixtape success and is one of South Carolina’s biggest artists. Mastering the local hip hop scene and the internet, DJ Apollo hopes to soon break into the mainstream.

During the year of 2012, DJ Apollo showed just how big he could become, as he caught the attention of a broad fan base with his releases this year. DJ Apollo keeps himself going with Cool Boy Radio, the show he hosts each week. Truly a jack of all trades, if there are any more artists from the Carolinas to gain mainstream success, DJ Apollo should be one of them.