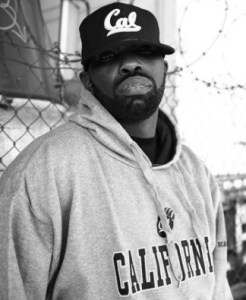 Beef has taken over the rap game, after Shorty Mack proclaimed the rap game became too friendly. It would only be four months later when Drake and Chris Brown fought. After Rihanna’s men fought, the Rick Ross/Young Jeezy beef returned to the forefront. The 2012 BET Hip Hop Awards offered an opportunity for everyone to meet, leading fights between Rick Ross, Young Jeezy, and Gunplay.

On the West Coast, Game is battling with Shyne over his comments about Kendrick Lamar. Game is also dealing with issues with 2Eleven and Ice Burgandy. Slim the Mobster is another Los Angeles rapper, alongside Kendrick Lamar and Game, he is a Dr. Dre product. Currently, he finds himself at odds with 50 Cent.

During the summer, Slim the Mobster took shots at 50 Cent on Twitter. However, last week, the two began exchanging disses on Twitter, once again. With all of these feuds going on, Vlad TV has been the place where everyone has sat down to discuss their issues. Slim the Mobster is the latest artist to call in, as he spoke on his issues with 50 Cent.