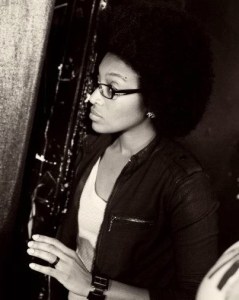 Texas has delivered some of the most-renowned hip hop and R&B music over the past few decades. As it currently stands, the focal point is elsewhere, but Texas continues to deliver solid talent. While an internet radio station, Phenomenal Radio is based out of Texas. Each week, Phenomenal Radio spotlights an artist, regardless of reigion on Hip Hop Vibe.

Nya is an up-and-coming R&B singer in Texas, making a name for herself on the Houston club scene and has found herself in rotation on Phenomenal Radio. As her profile raises, Nya is focused on putting her debut album out. “Music Sets Me Free” is the lead single off Nya’s upcoming debut album, which is out now.

One of the hottest independent artists in Texas, Nya has captured the attention of many. Her unique sound has earned her a large and growing fan base. 43 Miles to Empty is the name of Nya’s debut offering. The album has done well, to be an independent release, and Nya has hopes of exceeding her highest goals. With a strong start, Nya is now hoping for a strong finish.