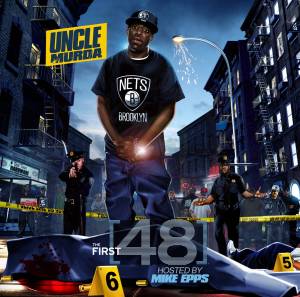 Five years ago, during the last days of Roc-A-Fella Records, Uncle Murda was considered the next major artist off the label. Founded by Jay-Z and Damon Dash, Roc-A-Fella Records exceeded what many expected a boutique label to be. Even after Damon Dash left the label, more superstars were born.

Uncle Murda was one of the later additions to the Roc-A-Fella roster. Like Jay-Z, Uncle Murda hailed from Brooklyn. Jay-Z had much confidence in Uncle Murda, but when he began negotiations with Roc Nation, he left his label. With Roc-A-Fella Records without a leader, the entire roster would leave the label.

Never releasing an album under Roc-A-Fella Records, Uncle Murda made his name on the mixtape circuit. While his project has been highly-anticipated, Uncle Murda has continued to release new mixtapes. The First 48 is Uncle Murda’s new mixtape, which is hosted by comedian, Mike Epps. Today, Uncle Murda released the artwork and the track listing. 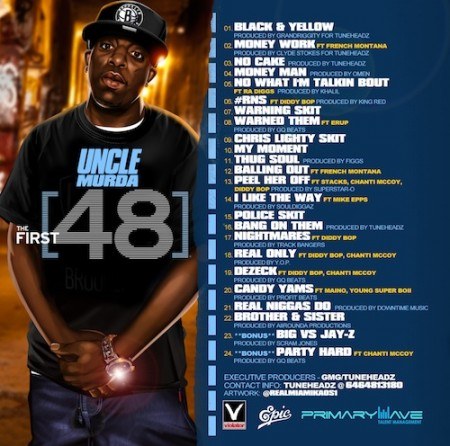