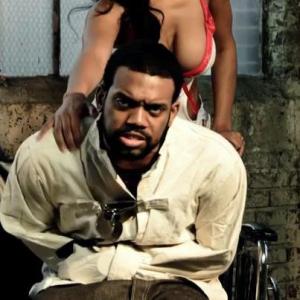 A couple weeks ago, Don Trip spoke to Hip Hop Vibe about his high expectations for his new mixtape, Help is On The Way. During the interview, Don Trip said the mixtape would be better than many of the albums to come out. Two weeks since the release of the project, many can agree this is indeed the case.

Don Trip has continued to watch his star rise, as all of his singles have enjoyed much success over the past few months. The latest release from Don Trip’s latest mixtape came in the form of the “Break” single. This past week, Don Trip released the music video for “Break,” showing himself being sent to a mental facility.

Always an outside of the box thinker, Don Trip showed both his lyrical range and his eccentric thought process in a two minute span. In a relatively short period of time, Don Trip managed to display his unqiue style, while treating the male viewers with plenty of eye candy in the form of the nurses. A psychiatric playground of sorts, Don Trip’s “Break” is Hip Hop Vibe’s Video of the Week.

Watch “Break” by Don Trip below:

Continue Reading
You may also like...
Related Topics:break, don trip, help is on the way, hip hop vibe